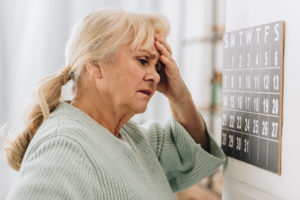 Dementia is a group of conditions characterized by the impairment of at least two brain functions. The most well-known and common type of dementia is Alzheimer’s Disease, but other types exist as well, such as vascular dementia and Lewy Body dementia. Each type of dementia has similar symptoms, albeit different causes.

The early signs of dementia to look out for include: